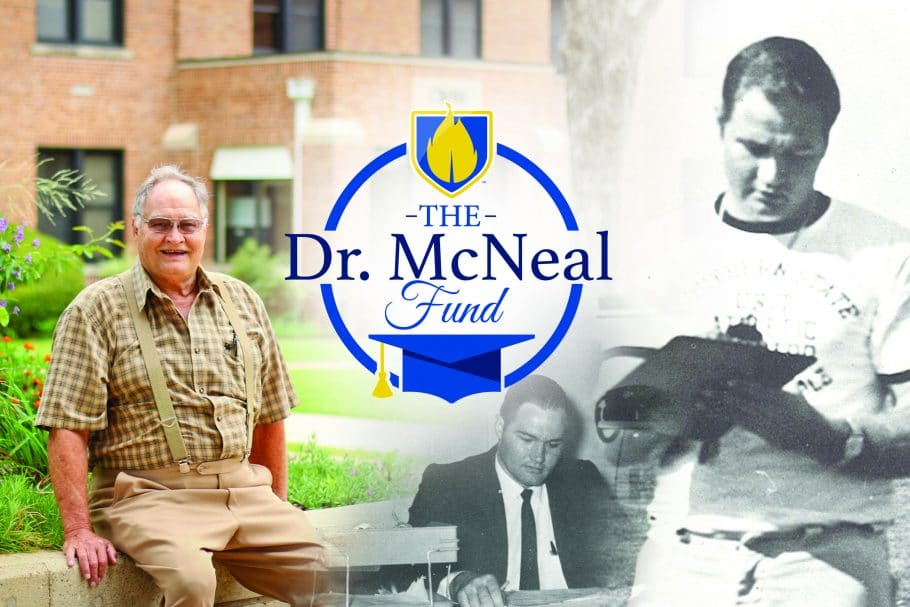 Dr. McNeal joined Southern State College faculty in 1965 as a health, physical education, and recreation teacher and intramural sports director. He inherited an intramural program of 11 activities that he expanded to 50. In 1971, he earned an Ed.D. and became the academic affairs assistant. After that, he returned to the classroom because he missed teaching.

In the early 1980s, Dr. McNeal was an integral part of the College of Education. He was passionate about educating students and was involved in restoring SAU’s accreditation—saving programs and jobs. He retired with 50 years of service to SAU.

Dr. McNeal strongly believed in the mission of higher education, and supported SAU students in many ways. With 45 consecutive years of giving, he was the longest-running donor to the SAU Foundation. He believed that alumni owed their careers to SAU and had a responsibility to give back.