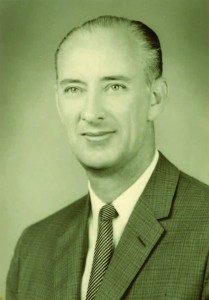 Southern Arkansas University has a rich tradition in naming facilities for those individuals whose life had an impact on the University and its students. For some facilities – like the recently constructed Band Hall – the naming choice is obvious.

The Southern Arkansas University Foundation is in the process of raising the funds necessary to give the Band Hall its name – Richard Oliver Hall.

Richard Oliver is known to many as the father of the Southern Arkansas University band program. Born Oct. 29, 1914, in Altus, Okla., he had a love for music. After graduating from Altus High School, he attended the University of Oklahoma where he earned a bachelor’s degree in music. He later taught band at San Saba High School in San Saba, Texas, before being drafted into the Navy during World War II.

Stationed in Honolulu, Hawaii, Oliver played in Fleet Admiral Chester Nimitz’s staff band as well as his private combo band. After the war, he returned to teaching in Electra, Texas, and later completed his master’s degree at the University of Oklahoma.

In 1948, Oliver was hired as band director at Magnolia A&M College, now Southern Arkansas University. He held that position until 1971 and developed one of the most well-respected band programs of the day. After stepping down as band director, he continued to serve as head of the music department and taught music classes until 1985. 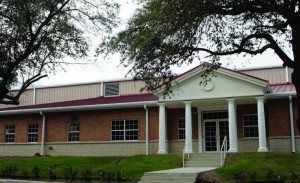 Constructed in 2008, the SAU Band Hall may soon be named Richard Oliver Hall.

Since those early days when Oliver was at the helm of the program, the SAU band has experienced significant growth. Today, the band consists of approximately 120 students per year, up from only 72 students in 2000. The addition of a faculty position in 2004 and a new facility dedicated solely for band activities have contributed to this growth.

With the continued support and relationship with the Magale Foundation and the SAU administration, the band department has given student performers opportunities that were not previously possible. Improved equipment and facilities provide a fantastic recruiting tool to attract students to the University.

The band program would not be where it is today without the assistance of private giving. By supporting the campaign to name the Band Hall in Oliver’s memory, donors are ensuring the band’s continued growth and success for the future.