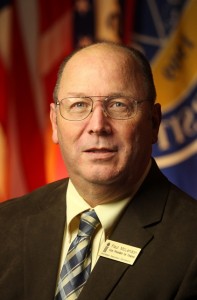 Although Paul McLendon is new in his position as Southern Arkansas University’s vice president for finance, he is certainly not a stranger to the campus or the town.

Prior to accepting the vice president for finance position at South Arkansas Community College in El Dorado in 1999, McLendon spent 20 years as a resident of Magnolia. He spent 12 of those years working for the Arkansas Division of Legislative Audit (where he worked for 14 years total) and 8 years working as the business manager at SAU.

“I did a lot of traveling and got to see a lot of the world,” McLendon said of his brief retirement.

A certified public accountant, he opened up his own C.P.A. firm in Conway, but he soon decided it was time to get back into the flow of public education. The open vice president for finance position at SAU seemed a perfect fit.

McLendon found that several of the employees he hired during his first stint at SAU would once again be his employees.

“It helps because you know a little bit of their talents,” he said. “As you come into a position where you know several individuals, you lean on them a little more.”

Having not been on campus much since his departure in 1999, he did not realize the significant scope of building projects on campus in the last decade.

“I was kind of shocked,” he said. “I knew about the Reynolds Center, but when I toured the campus, my description of it changed.”

McLendon said he used to consider SAU a small college, but now he sees it as a “full fledged university that people can see. It’s attractive.”

Of the financial challenges McLendon sees over the coming years, the “continual shift from being state funded” is likely the greatest concern. He said the University was once 60 percent funded from state allocations. That number is now dipping near 40 percent.

“If there is a reduction [in state funds], higher education is going to have to absorb it tremendously,” he said.

Those shortfalls in state revenue will have to be made up through local revenue. Streams of local revenue  include tuition, fees and grants.

“We’ve got to develop other sources of revenue,” he said. “But we have to remain competitive with tuition.”

McLendon expects the things he learned at UCA to help him at SAU. While at UCA he committed a large amount of time to bond issues and building construction. He was also able to have direct contact with the legislature, the source of the University’s state revenue.

“We know that state revenue is limited, and they can’t help that,” he said.

McLendon and his wife, Mikie, have two adult daughters, Mandy Taton of Conway and Magen Parker of El Dorado.