Kings and Queens of the Diamond 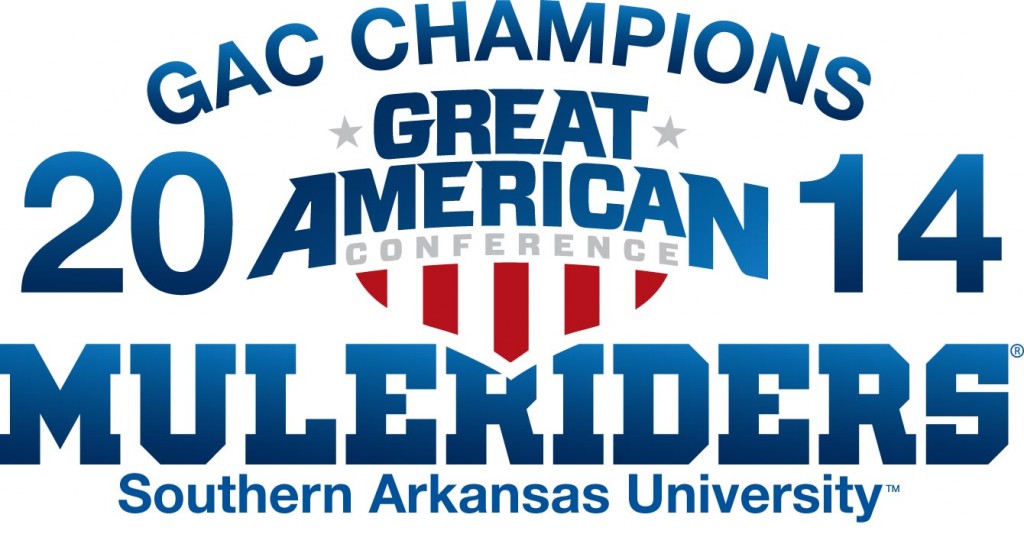 The first trophy raising came on May 3 as the Lady Mulerider softball team capped off an amazing and infectiously enthusiastic championship run by twice defeating the top-seeded team in the tournament, Southeastern Oklahoma. The two wins on championship Saturday avenged an earlier defeat to the hands of Southeastern that sent the Lady Muleriders to the loser’s bracket the day prior.

In the first game of the day on championship Saturday, eventual GAC Tournament MVP and Freshman of the Year, Shelby Miller, started the game off in a major way as she belted a leadoff homerun in the top of the first inning. A batter later, fellow freshman Maddie Dow, an All-Tournament selection, would follow suit with a homer as the Lady Muleriders went back-to-back to open the game, giving SAU a 2-0 lead.

The early lead taken by SAU would prove to be more than enough as Miller, the Lady Muleriders’ starting pitcher that game, forced the “if necessary” game as she ended up shutting out the Savage Storm and limited them to just three hits while striking out five.

Later that same day, in Enid, Okla., the Mulerider baseball team, in their opening game, was forced into the loser’s bracket of their tournament as they fell to Harding by a score of 2-1.

Now facing elimination the rest of the way out, the Muleriders would rout Ouachita Baptist and then pick up one-run victories against Arkansas Tech and Harding to play their way into the championship game for the fifth-consecutive year.

In the championship final on May 6 against Arkansas-Monticello, the Muleriders would get a tremendous starting pitching performance from Yumezo Densaki as he shut down the potent Boll Weevil lineup. In a complete-game effort, Densaki would allow just two runs while scattering six hits and striking out six batters.

The great start by Densaki came as no surprise as in two previous starts against the Boll Weevils, Densaki was 2-0 and had not allowed an earned run while striking out 15 batters in 14 innings of work.

While Densaki was working on the mound, the Mulerider offense started to break through against UAM over the final four innings of the game as they tied the game in the sixth. They took the lead in the seventh on a two-run homerun by Carver Rademacher.

The Muleriders would add two more runs of insurance over the final two innings of the game as they cruised to a 6-2 win over UAM, giving SAU their third-consecutive GAC Tournament Championship.