One man from Waldo, Arkansas 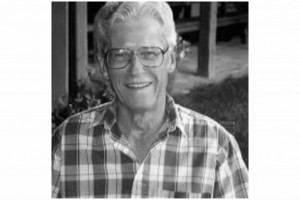 John W. Rhea, Jr. was a man always eager to reach out to help others. He and his lovely wife, Rosemary Thresher Rhea, were responsible for many philanthropic efforts, including 15 endowments at SAU. These endowments have benefitted individual students and academic departments for more than 25 years. The intent of this article is to recognize a family “who never broadcast their gifts and never sought recognition or fanfare.” Rhea’s daughter Tanyss Rhea Martula remarked, “My dad was very modest about his accomplishments. He just did them; he didn’t parade them.”

The adventuresome spirit that was to take Rhea to the jungles of South America showed itself early. Travis Jackson, a noted Hall of Fame baseball player from Waldo, hired the young student to drive his wife and children from Waldo to New York City where Jackson was playing with the
Giants. Daughter Tanyss Rhea Martula observed, “Dad was about 15 and had no driver’s license and had never been to NYC. He spent a couple of days there, went out to the ball field with Travis, and then took a bus back to Waldo. Quite a responsibility for a teenager!” Interestingly, one of the children on that trip was Dorothy Jeanne Jackson Fincher, wife of Harold Fincher. The Fincher and Clark families founded People’s Bank in Waldo, now located in Magnolia.

After two years at Magnolia A&M (now SAU), Rhea finished his petroleum engineering degree at LSU and began a career that would take him around the world. In the 1940 census, his five years of college was noted and he was listed in Waldo with his parents, John and Daisy. His sister, Virginia, graduated from the University of Arkansas and became a “government girl” in Washington, D.C., during World War II, working with Senators McClellan and Fulbright. Her skills qualified her to work in Europe on the Nuremberg Trials following the war. Daisy Rhea Abbott, John W. Rhea’s mother, was so active in local and national politics that Eleanor Roosevelt held a reception in her honor.

A dedication to education and to helping others, perhaps instilled by his family, led Rhea to years of generous giving to SAU. He set up four scholarships in 1976, two named for his sisters, Francille Rhea Colquitt and Virginia Rhea Campbell. In 1985, he established four endowments to benefit a wide range of academia, one in honor of his mother Daisy Rhea Abbott. Other endowments honored Archie and Elena Monroe and Dr. John and Mildred Ruff.

In 1986, Rhea created the hugely successful Rosemary Rhea Artist in Residence Endowment as a tribute to his wife’s dedication to art. In 1997, the endowment was combined with a grant from the Arkansas Arts Council to create the “Rosemary Rhea Regional Arts in Education Center” at SAU’s Magale Library. When the cooperative program ended, the funds became available for campus artists across all disciplines. Recently, funds from the endowment helped to provide visiting directors and designers for SAU productions of “Seussical the Musical” and “Beauty and the Beast.”

Living in the Dallas area, the Rhea family quietly shared their generosity with Alzheimer’s disease research, the symphony, the Creative Arts Center, Goodwill Industries, and numerous others. Perhaps it was Rhea’s colorful Scotch Irish ancestry that led to his wide ranging philanthropic efforts. The search for religious freedom led his ancestors to the eastern U.S. and onward in sequential fashion to south Arkansas. The poverty he saw in South America while working with Standard Oil of Columbia might have made him determined to support education as a way to alleviate poverty.

How can you help?

While few of us can make major gifts, many want to support the University, its mission, its students, and its programs. An endowed scholarship with a meaningful return can be set up for $15,000. That is a lot of money for most people, so it is possible to pay it out over five years or by the month. In addition, donations of any amount may be given at any time to the Mulerider Scholarship Fund, where they are pooled with other gifts to build a scholarship endowment that will provide assistance for students in need.

For more information on how you can invest in the lives of our students through scholarships, visit
www.saufoundation.org or contact Josh Kee in the Office of Development at (870) 235-4321.