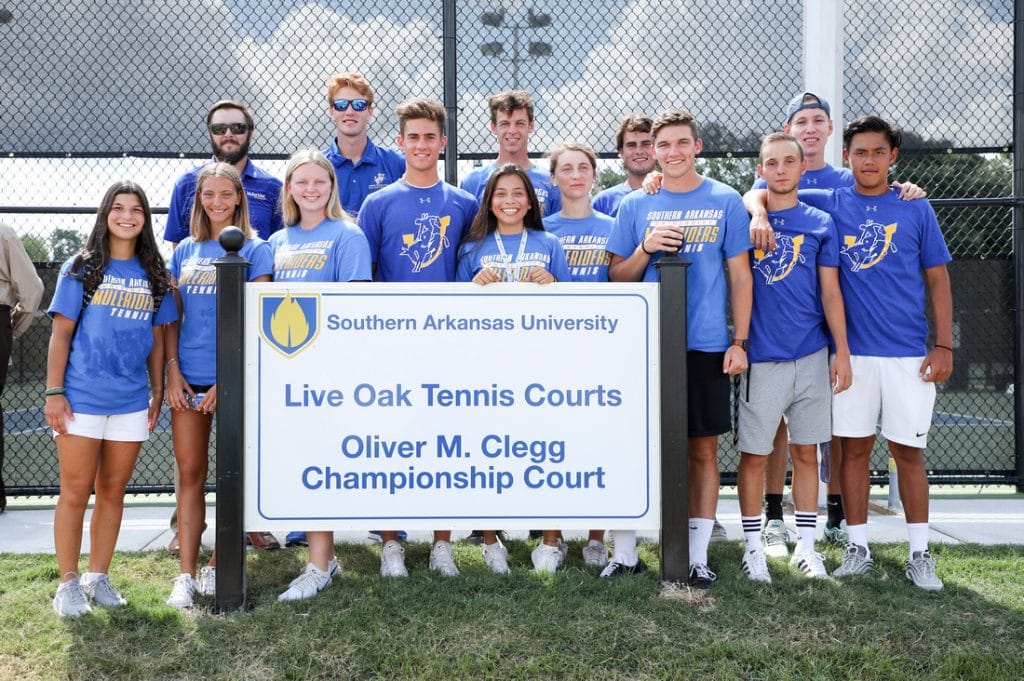 Southern Arkansas University officially dedicated the campus’ newest athletic facility – the Live Oak Tennis Courts and the Oliver M. Clegg Championship Court – on August 28 adjacent to and behind the W.T. Watson Center and the Aquatic Center.

A large crowd of SAU faculty and staff, tennis alumni and University supporters gathered for the unveiling, led by SAU President Dr. Trey Berry. The championship court was named in honor of Oliver M. Clegg, who received his degree from Magnolia A&M (now SAU) in 1938. His father was a Methodist minister, and although they moved every three or four years during his career, Magnolia and SAU were always home to Clegg. He was so honored to be recognized as an SAU Distinguished Alumnus in 1992. He learned to play tennis on a grass court at his uncle’s house in Forest, Mississippi, and, for him, tennis became a lifelong passion.

He considered tennis to be a sport for life, with no boundaries of age or gender and was still playing singles and doubles well into his seventies. His granddaughter, Lilly Giles, a senior Agricultural Business major at SAU, learned to play tennis on the SAU tennis courts while attending a summer Community Education program sponsored by the University when she was eight years old. From that beginning, she went on to letter in tennis all four years while playing for Magnolia High School. 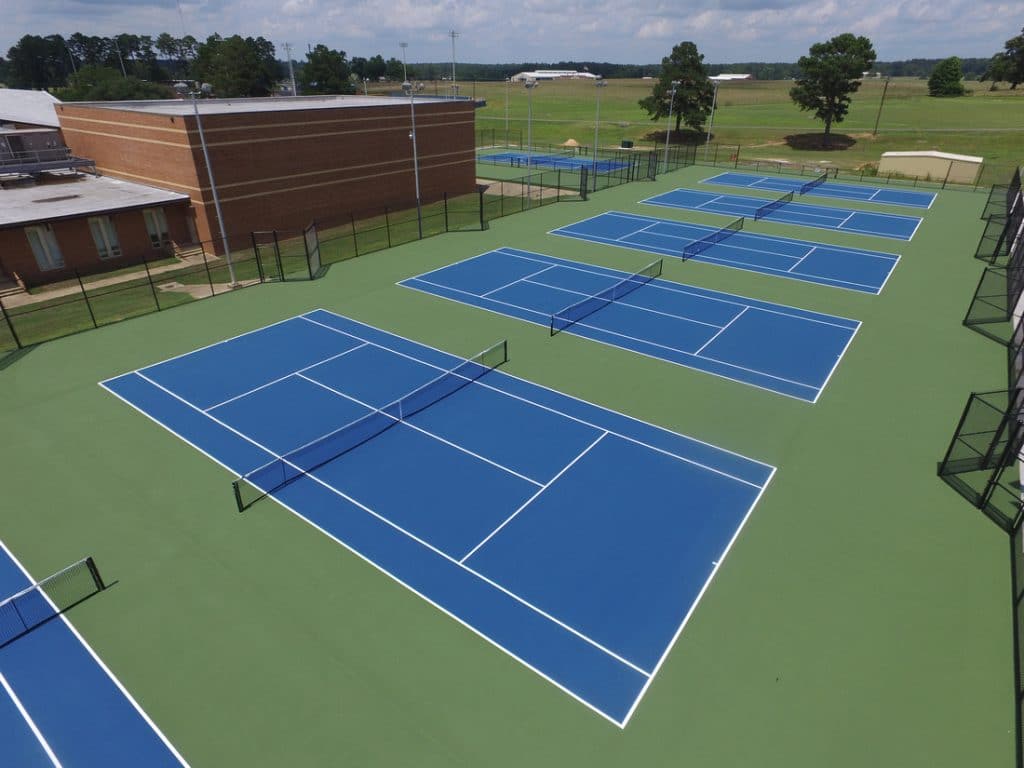 She recalled that discovering her grandfather’s tennis rackets in a closet inspired her to play at an early age. “He had passed away before I was born,” she said. “I never got to know him, but tennis was a way I could connect with him.”
She said that she got very emotional when she learned of the court dedication in her grandfather’s honor. “It means a lot to me, to know he played here, and now these courts are named for him. My dad’s been here ever since I can remember – everyone in Overstreet remembers me doing cartwheels down the hall. It means a great deal to me.”

First-year head coach Greg Owen summed up perfectly what the newly-dedicated courts mean to him and his programs. “We have athletes from all over the world; far away from their families. But when we practiced for the first time [on these courts], we all thought it felt like HOME SWEET HOME.”
In their first year back on campus, the SAU Tennis teams are the most diverse of all 14 of Mulerider Athletics’ programs. In fact, of the 18 student-athletes on both the men’s and women’s teams, only four originate from the United States, while the other 14 student-athletes represent a dozen countries (two from Brazil and Spain, France, Germany, Great Britain, India, Italy, Poland, Portugal, Serbia, Thailand and Uzbekistan).

Revitalized in November of 2017, the programs’ first semester of competition was a success. Both the SAU Men’s and Women’s Tennis teams competed at the Midwestern State Invitational and the Intercollegiate Tennis Association (ITA) Central Region Tournament. They concluded their fall campaigns at the Great American Conference Individual Championships, where Lady Mulerider freshmen Simone Simas (Portugal) and Brenda Teixeira (Brazil) each claimed GAC Individual Flight Championships. Seven other SAU athletes advanced as far as the semifinals of their respective flights.