A Year of Firsts

SAU’s first cohort of doctoral students will be admitted in the fall of 2021 to pursue the Doctor of Education (Ed.D.) in Rural and Diverse Educational Leadership. The program provides advanced training in research and practice for professionals holding or seeking leadership positions in rural schools, colleges, and universities, and community and government agencies. Dr. Katherine Berry, Director of the Ed.D. Program, said the University is excited to offer this opportunity for “an advanced, terminal degree to equip our educational and community leaders for the future.” It is the first doctoral program offered through a College of Education south of Little Rock. 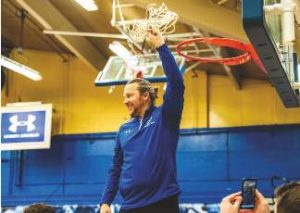 Extending students’ prior knowledge of safety and injury prevention, physical conditioning, sport skills and tactics, and evaluation is the purpose of the University’s first Online Master of Science in Kinesiology-Coaching. Delivered entirely online, the program gives working professionals greater flexibility in completing their degree in a timely manner. 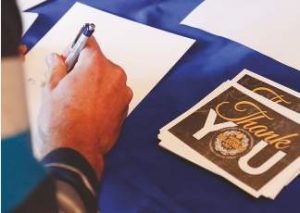 In fundraising efforts, the University’s alumni and friends have truly shown their dedication in a very trying year, contributing more than $6.46 million during the pandemic. It marks the first time the University has broken the $6 million mark, an achievement accomplished through the hard work of the Advancement Team. The University now has more than $46 million in its endowment, another tremendous milestone, increasing the fund by the largest amount ever. SAU now boasts 17 endowed professorships and over 926 individual donor established endowment. 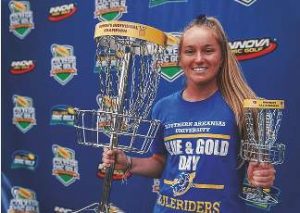 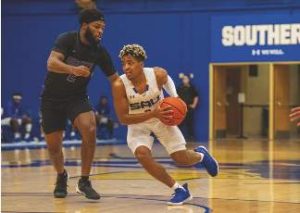 SAU’s standout point guard, Aaron Lucas, became the first Mulerider basketball player to receive national postseason recognition since 1992-93. The senior from Tulsa, Oklahoma, was named Honorable Mention All-America by the Division II Conference Commissioners Association (D2CCA). The honor comes on the heels of Lucas earning National Association of Basketball Coaches (NABC) South Central All-District First Team honors, marking the third time since 1995-96 that a Mulerider earned all-region accolades and the first time one appeared on the first team. Lucas joins eight other Muleriders that have been mentioned among the nation’s best performers in any given season and is one of just 20 players honored by the D2CCA. 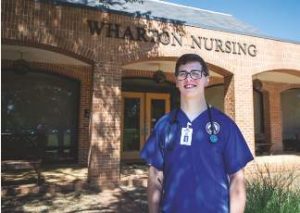 SAU’s Nursing program continues to reflect its excellence, with the graduating classes of spring 2020 and fall 2020 scoring a 100 percent first-time passing rate on the NCLEX examination. Last year, graduates of the BS in Nursing Program ranked first among state-funded supported four-year universities in Arkansas for first-time NCLEX pass rate, as reported by the State Board of Nursing