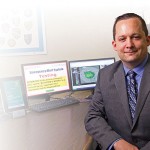 Since coming to SAU in 2007, Plummer has spear-headed the activation of a mass notification system network with campus safety in mind.

The first component was a campus-wide outdoor warning system that allows broadcast messages and warning tones to alert the campus community of impending emergencies. This system was put into place during spring 2007 and was intended to help prevent tragedies like those at Virginia Tech and Northern Illinois University from happening at SAU.

“These incidents proved that mass notification platforms could be utilized successfully to inform the community about dangerous events and to prevent the needless loss of life,” Plummer said.

SAU was one of the first universities in the nation to have a mass notification network in place after the Virginia Tech shooting as well as a comprehensive “all hazards” emergency operations plan.

“We were also one of the first institutions to have a Threat Assessment Team on campus to evaluate behavioral concerns related to student, faculty, and staff,” said Plummer. “We present regionally and nationally on these topics.”

Plummer was a co-author of two national white papers on emergency mass notification systems and closed circuit television surveillance systems. SAU was the only university west of the Mississippi represented in this authorship.

SAU utilizes Rave Alert to notify students, faculty, and staff via text messaging, telephone, web, and e-mail in the event of emergencies on campus. The University also partnered with the Arkansas Crime Information Center to offer AlertXpress, a phone, fax, and e-mail mass notification system for parents and local community members.

In addition to an internal “emergency” e-mail system, the University Police Department, along with the Information Technology Services department, has installed an emergency broadcast alert system called Alertus Desktop on computers across the campus. Upon activation, the software displays alert information and provides emergency related details directly on computer screens.

Emergency operations staff who are monitoring the emergency are informed when registered users acknowledge the alert message with a click of a button.

“This multi-faceted approach allows us to communicate with the university community in a quick and efficient manner,” he said.

The department has activated the emergency alert system nine times over the past four years in response to tornado warnings, a hazardous materials train derailment, weather closings, and full-scale drills.