John Walsh to speak at SAU 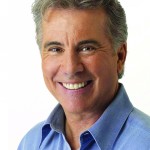 America’s Most Wanted host John Walsh will speak at SAU on Sept. 26.

Most people know Walsh as the dedicated host of America’s Most Wanted, the man whose groundbreaking television program has helped take down over 1,050 dangerous fugitives and bring home more than 50 missing children in the past 22 years. But it is not the career he envisioned for himself. Born in Auburn, N.Y. and educated at the University of Buffalo, Walsh moved to Florida with his wife Revé, and was living the American dream. He was a successful businessman, building high-end luxury hotels and building his life. But after Adam’s murder, everything changed.

The Walsh’s experience taught them that the nation was in desperate need of leadership in the fight to protect children, and they decided to create something positive out of their personal tragedy. From the ad hoc organization they put together to help with the search for Adam, they established the Adam Walsh Child Resource Center, which eventually merged with the National Center for Missing & Exploited Children (NCMEC), which they co-founded in 1984. The NCMEC provides invaluable resources to parents, children and law enforcement in the United States and internationally.

Walsh’s search for justice and his determination to not let Adam’s death be in vain led him to fight back like few other Americans have. Although he has never held political office, Walsh has been the driving force behind major pieces of child protection legislation. This hard work led to Walsh being honored five times by four presidents: Ronald Reagan (twice), George H.W. Bush, Bill Clinton, and George W. Bush. One of Walsh’s proudest moments was when he and his wife stood beside President George W. Bush as the “Adam Walsh Child Protection & Safety Act” was signed into law on the 25th anniversary of Adam’s murder.

In December 2008, the Hollywood, Fla. Police Department officially closed Adam’s case, naming the man who had always been the prime suspect, as Adam’s killer.

Thousands of crime victims have received justice in their own cases thanks to Walsh and Revé’s never ending dedication to fighting back. In addition to being named “Man of the Year” by both the U.S. Marshals and the FBI, Walsh was also made an honorary U.S. Marshal. Walsh is only the third man to receive this honor in the organization’s two hundred year history.