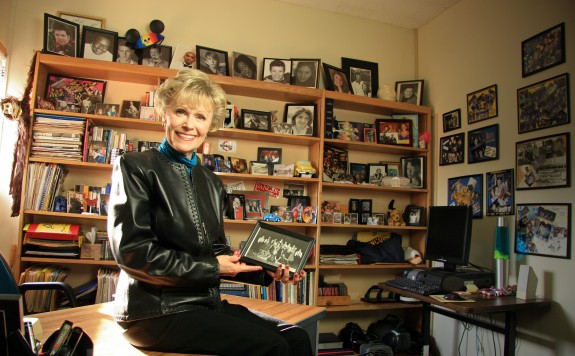 All one has to do is look in the office of Judy Vasser to see how important her students are to her and how much she means to them. The walls, shelves, and desk are covered with photos given to her from former and current students.

Vasser, assistant professor of theater and mass communication, came to Southern Arkansas in 1979. She has made an impact on innumerable students since.

“My office is covered with pictures of the wonderful college students who shared their lives and their talents with me and with countless high school students in our entire recruiting area,” said Vasser. “ENCORE alumni often return and look at their pictures on my walls.”

ENCORE is a unique singing, dancing, and performance class under Vasser’s wing that got its name from her first troupe. “I keep a picture of that very special, talented group right by my desk,” said Vasser.

Vasser says that ENCORE evolved from a group once called SAU Singers, directed by her friend Janelle Viertel. Ken Stonecipher, a talented SAU alum, followed Viertel and worked with the singers for a year. Vasser says she was then approached by then-SAU President Dr. Harold Brinson to help the group. Also, with the encouragement of Dr. Jerry Cortez, theater and mass communications department chair, the SAU Singers were moved to the theater department where a whole new concept for the group was developed.

“Dr. Brinson wanted a group that would appeal to the high school students,” said Vasser. “And we have been traveling, singing, and dancing through the Ark-La-Tex area for 29 years.” Vasser said that she is grateful to Brinson’s confidence in her and the students that they could create a high-energy, talented group like ENCORE. She also appreciates her dear friend, Jake Whitehead, who was her sounding board during the early days of ENCORE.

Vasser herself has served as sounding board, and so much more, to so many students who have come here and may not have found their niche right away.

“I think it is extremely important for college freshmen to find a supportive atmosphere when they arrive on campus,” said Vasser. “Many of them have found ENCORE—which provides them with a sense of ‘belonging.’”

Vasser thinks that even though ENCORE was not originally created with retention in mind, she knows that it has indirectly helped with that effort. To everyone on campus, Vasser’s own enthusiasm for the students is directly responsible for many of them being successful at SAU and beyond.

“Judy Vasser draws out the best from students because she can see the best in each of them, and she takes their dreams as seriously as they do,” said Dr. Ben Johnson, dean of the College of Liberal and Performing Arts.

“It’s evident that Mrs. Vasser cares a lot about the well being of her students,” said senior ENCORE performer Melissa Heard. “She has been so helpful to me throughout my years at SAU. The passion she has for her job is unquestionable.” 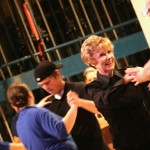 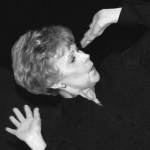 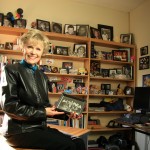