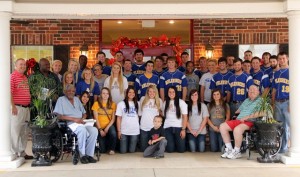 Southern Arkansas University has a long-standing tradition of community involvement. For the past five years, the Magnolia campus has been nationally recognized on the President’s Higher Education Community Service Honor Roll and in 2012 received the additional honor “with distinction.”

The fact that the national distinction is based on the number of students and individual hours dedicated to community service reflects the commitment to service that is at the heart of SAU’s mission to provide the most well-rounded college experience possible.

SAU athletes have long contributed service hours to children in area schools while promoting fitness and healthy living. Muleriders for Movement was one of the first organized efforts to connect athletes to the community through elementary schools. The event provides positive male role models to youth in Magnolia.

“The guys would go to elementary school throughout the semester to be involved in their physical education activities,” said Football Coach Bill Keopple. “The kids love it, so did the teachers and the athletes. Close to the end of the school year the classes take a field trip to Wilkins Stadium on our campus and we have a field day with the kids. It is an awesome thing to see.”

For eight years, the Mulerider baseball team has participated in a Big Brother program, where the teammates get paired up with boys in the community. They become a big brother to the boys, spending quality time and teaching them fundamentals of the sport.

“It’s been a great opportunity for everyone,” said Director of Athletics and SAU Baseball Coach Steve Browning. “It benefits the young ones and our guys. The baseball players come to understand how important they are as role models.”

In 2012, Browning was inspired to incorporate more opportunities for all SAU athletes, including cheerleaders, to serve the community that has been so valuable to SAU’s long history and in the support of the Mulerider programs.

“They come and fill our stands and give us support. We wanted to give something back,” said Browning. “We have been somewhere once a week ever since school began.”

By early November, more than 80 athletes had participated in Muleriders in Magnolia, logging about 800 service hours in the process.

Every sports team has athletes volunteer, as well as cheerleaders and athletic trainers, which in all total about 300 athletes donning Mulerider uniforms.“The response has been overwhelming. I think it turned into more than we thought it would be. We didn’t know how the athletes would respond,” Browning said. “But their initial reaction was good. A lot of our athletes are just geared toward service and all that I’ve talked to who have gone out in the community have enjoyed it.”Magnolia Health and Rehabilitation, Wee Care daycare, Westside Elementary, Eastside Elementary, South Arkansas Youth Services, Head Start, Central Elementary, and Magnolia Manor are among some of the local sites who have been touched by the Mulerider spirit of service.“The places we have been have really enjoyed interacting with the athletes. Every place we’ve been, they invite us to come back and that interest continues to grow,” said Browning.

As word spreads about the service-minded effort, Browning said he is presented with more ideas for ways to serve the community. In December, athletes with Muleriders in Magnolia kicked in the annual bell-ringing season at local retailers in fundraising for the less fortunate. They even helped United Way kick off their fundraising season by contributing time and Mulerider athletic equipment and paraphernalia in an auction.

As the program evolves, Browning says he is continually made aware of new possibilities for the volunteer program. In talking to city officials, plans are in the works to possibly organize adopt-a-block programs that would have the Mulerider athletes doing beautification in Magnolia communities and helping serve the elderly and shut-ins with yard maintenance.

Assistant Basketball Coach David Anderson is in charge of organizing the athletes, schedules and events.

“Even with class schedules being really tough, some of the coaches change their practice schedule for the day to help make it happen,” said Anderson. “It really shows the dedication of our people here. In being out in the community, we are feeling the mutual support from within the community.” 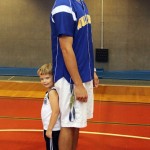 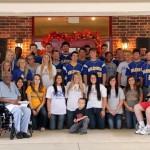 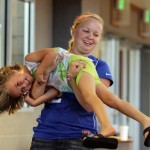 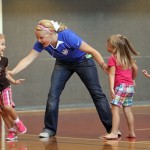 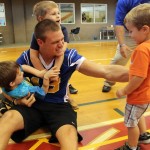 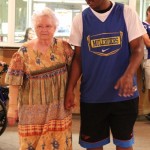 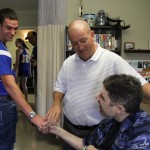 PrevPreviousSisters connect teams across the Pacific
NextThe Art of LoveNext