Sisters connect teams across the Pacific 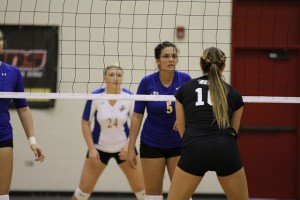 In her relatively short life, Klaire Blasco Vine has learned a lot about the value of family, a good education and diversity. Raised by her mother, Klaire and her sister moved from place to place. They left California for Mexico when she was about five years old and she has experienced life in Chile and Spain, as well as points in between. Family is important to the 21-year-old biochemistry senior. Those values have influenced her career path and education.

“We were with mom the whole way and it was the best experience,” Klaire said. “My mom remarried and I have a younger sister who is four years old. Having her changed my life completely, because watching her is amazing. She has changed my life to the point that I went from wanting to be a vet to doing something in the child development field.”

After graduating high school, Klaire and her sister left their close-knit family and moved to California (where their uncle lives) to play volleyball for Pasadena City College and to work toward a degree in the medical field.

Her older sister, Patricia, transferred to the University of Hawaii at Hilo after her freshman year, but Klaire would not get to play with her sister in Hawaii no matter how skilled she was on the volleyball court. The Hilo team already had three setters and room for no more. It was disappointing, but Klaire was ready to experience the college life and Mulerider Volleyball Coach Steven Gream was smart enough to snatch the setter up after her sophomore year.

It would take becoming a part of the Muleriders Volleyball team to get her to Hawaii, but instead of playing with her older sister, she would play her and her team, the Hilo Vulcans, as a formidable opponent.

Gream refers to Klaire as the “quarterback” of the team.

“As a setter, she is valuable in that she controls our offense and the flow of the match,” he said. “Her leadership qualities encourage her teammates to succeed. She is a very positive individual, who cares about teammates, but at the same time is very competitive on the court and in the classroom.”

Klaire was eager to come to Southern Arkansas, an unexpected change of pace, but one that she embraced.

“I wanted to experience the college life,” said Klaire. “The professors actually know your name and know who you are. I really like that. School-wise SAU is a good fit for me. As an athlete, we have a talented group of girls with good chemistry on our team.”

It was the sisterly bond that sparked the idea of matching up the Lady Muleriders with the Hilo Vulcans volleyball team in Hawaii, according to Gream. With the help of a couple of generous alumni and teamwork with Hilo’s coach, the teams met in Hawaii.

“The Lady Muleriders have a strong desire to compete,” said Gream. “They don’t like to lose. When they are down in score, they fight back. Not every team has that kind of fight.” 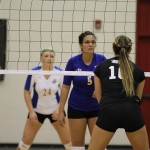 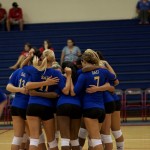 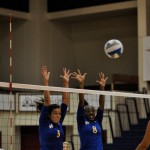 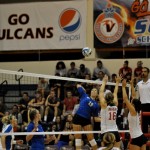 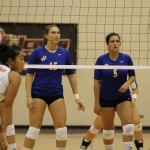 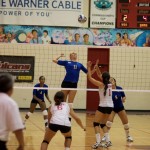 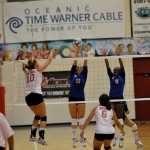 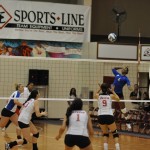