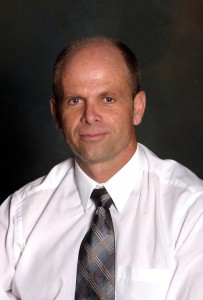 Dr. Helmut Langerbein took over as dean of the College of Liberal and Performing Arts at Southern Arkansas University in July. He plans on drawing from his wide-ranging experience as an award-winning department chair, to professor and author, back to his leadership in the German Air Force.

“The leadership I provide…and the success as a scholar and teacher at an American university are based on the valuable administrative, management, and communication experience and training I gained as an officer in the German Air Force,” said Langerbein. “I see myself as a mediator who carefully balances the needs of the students, the faculty members, the university, and the community.”

Langerbein, former chair of the Department of History at the University of Texas at Brownsville, said that with patience, collegiality, humor, determination, and dedication he formed a united department that ranks among the most respected at that university. When asked if he has any goals for his first year as a leader at SAU, his answer demonstrated his sense of humor – “Surviving.” He continued by saying that there are things he is prepared for during his first year, especially accreditation, but that he will spend some time looking, listening, and seeing what the college is doing and how it is doing.

He earned his bachelor’s degree in history from the University of California at Santa Barbara in 1994, and only six years later had accumulated two master’s degrees and a Ph.D. in history, the latter from the University of California at Santa Cruz. Even though he has been working in south Texas, he has still been close enough to South Padre Island to use beach volleyball as an outlet from his scholarly duties.

He was drawn to SAU because he said he came from a small, agricultural place in Germany.

“I liked the setting at SAU, in particular its small class size, the low student-teacher ratio, and the emphasis on teaching,” said Langerbein. “I met a number of good people with good ideas during my interview. I would like to make the work for the LPA faculty as easy and as productive as possible.”

Langerbein is not only excited about starting a new position at a new institution, he is also looking forward to moving to Magnolia with his family.

When asked about beach volleyball and how that relates to this move, he quipped that it’s “obviously a major concern,” but that he hopes to at least find one good court and three other players.

Langerbein’s exceptional leadership was recognized in 2009 by the National Institute for Staff and Organizational Development (NISOD). Despite his time-consuming administrative duties at UTB, he has maintained a high standard in scholarship and teaching. His first book, Hitler’s Death Squads: The Logic of Mass Murder, published by Texas A&M University Press in 2003, offers the chilling portrait of a group of Holocaust perpetrators in the notorious mobile killing units of the SS. His second book, After the Nazis: Denazification, Re-Education, and Reconstruction, was published in December 2011 as a special issue of The Chronicle of Historical Studies. In addition to these works, he has established a record of shorter publications, including five essays and seventeen book reviews.