Kimberly (Franks) ’99 and Jon Bailey proudly announce the birth of their daughter, Presley Elise, on November 30, 2012. She weighed 7 lbs. and 3 oz. and was 20 in. long. She was welcomed by her brother, Dylan, 7. Grandparents are Randy and Jan Franks (SAU retired staff member) of Magnolia.

Lynnetter (Summerland) ’10 and Justin Barnes welcomed their first child, Jaxen Wade Barnes, on January 31. He weighed 7 lbs. 11 oz. and was 20 in. long.

Laurie (Machen) Burks ’11 would like to announce the birth of her granddaughter, Adalyn Enzley. Adalyn was born on January 21, 2013, and weighed 7 lbs. 3 oz. and was 20 inches long.

Carla (Thompson) ’06 and Anthony Clayton had their third son, Paul Anthony, on April 16, 2013. Paul Anthony weighed 7 lbs. 8 oz. and was 20.5 inches long. Paul Anthony was welcomed into this world by his aunt and uncle, Lauren (Hardy) Thompson ’13 and Alan Thompson ’12. 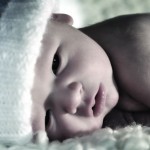 Aftan (Bryant) ’11, ’12 and Sumner McLain would like to announce the birth of their daughter, Madeline Belle McLain on January 31, 2013. Madeline weighed 8 lb. 3 oz. Madeline is the granddaughter of Dr. Carla Bryant of the SAU College of Education.