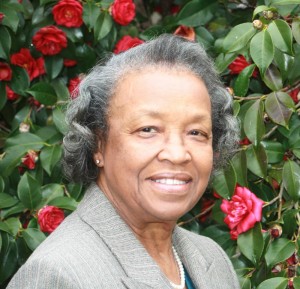 The life of Southern Arkansas University icon Dr. Kathleen (Jordan) Mallory is being celebrated upon news of her parting from this world.

“Dr. Mallory was a compassionate fighter for equality all around her. It did not matter who the person was, she took on the fight as if it were her own,” said Cledis Stuart, SAU’s associate dean for multiculturalism and diversity. “She was a true drum major for the rights of others. She will be sorely missed, but her legacy will live forever.”

According to SAU Historian Dr. James Willis, Mallory was one of the first two black students to attend classes at the then Southern State College (SSC) while she was teaching at Stephens and acquiring her M.Ed. from the University of Arkansas.

In 1971, Mallory was Hope-Hempstead County Teacher of the Year. She taught in various public schools in Crossett, Camden, and Hope as well as at Mississippi Valley College, being a proponent for education and student success. She even taught former Arkansas Governor Mike Huckabee.

On August 29, 1974, she became the first black faculty member in the general education program at SSC.

“[Mallory’s] English class that day was a long time coming—twenty years after Brown v. Board of Education (1954) and ten years since the Civil Rights Act of 1964,” wrote Willis in Southern Arkansas University: The Mulerider School’s Centennial History, 1909-2009. “It was as much a landmark in SSC’s history as those major turning points were in that of the nation.”

Willis pointed out elements of irony in her appointment to the faculty of SSC, such as her being the daughter of sharecroppers just like many of SSC’s first black students. She picked cotton as a child growing up near Carlisle, Ark., and attended high school at Fargo Agriculture School.

While teaching, serving on committees, attending conferences, giving papers, publishing, and raising two daughters, Mallory found the time and commitment to continue her own learning. That quest culminated in 1983 when she received a Ph.D. from the University of Nebraska at Lincoln.

Dr. Mallory’s extraordinary contributions to SAU and to issues of English Curriculum improvement in Arkansas and the United States are far too numerous to list. Highlights include the following: her directorship of the National Writing Project program that led to her founding of, and securing endowed funding for the annual Youth Writing Festival hosted by SAU and her years of service to the curriculum activities of the National Council of Teachers of English which included a two-year term on the Commission on the English Curriculum of the NCTE; her presidency of the Higher Education Section of the Arkansas Education Association; and her role on the Advisory Committee for the Voices & Visions TV series on American poets.

The Kathleen Mallory Distinguished Lecture Series honors Mallory’s many contributions to Southern Arkansas University, to the community, and to the state of Arkansas by bringing scholars working in the fields of African Diasporic and African American Studies to SAU to share their scholarship with students, faculty, staff, and members of the community.

To contribute to the Kathleen Mallory Distinguished Lecture Series endowment fund, please contact the SAU Foundation at (870) 235-4078 or visit www.SAUFoundation.org.