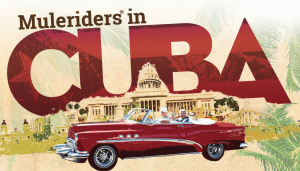 Southern Arkansas University continued strengthening its relations with Cuba by sending delegates to an international conference in Havana in February 2018.

SAU and Universidad de Artemisa established a formal exchange in 2017, stemming from Kardas’ trip to Havana in June 2015 when he met with university officials and the Cuban Ministry of Higher Education. Last summer, a Cuban delegation, including Dr. Carlos Eduardo Suarez Ponciano, rector of the University of Artemisa, visited SAU for the signing of the agreement.

Although more than 2,000 students attended the conference from more than 60 countries, McNeel, a native of Vilonia, Arkansas, was the only student to be a conference presenter. She spoke about her work at an orphanage in Mexico in 2017.

“I wrote about my experience and the benefit of it,” she said. “I submitted my paper to the conference in November, and it was accepted. I presented for 10 minutes, in Spanish, summarizing what I learned and encouraging others to get involved in international experiences.”

McNeel felt “an incredible sense of accomplishment” following her presentation. “It was challenging,” she said of presenting in Spanish.

Kandidatov presented an overview of the ESL program at SAU – also in Spanish.

Kandidatov also stressed the importance for students to travel abroad and see other cultures. “Even if it doesn’t involve any creditbearing transfers, it’s still beneficial. Cubans could learn English here and vice-versa, while doing something with agriculture or marine biology, and if that is the case, it would be ideal.”

McNeel agreed that teaching English is something “a lot of countries are interested in. It resonated with them that my Spanish improved rapidly while I lived in Mexico.”

She was impressed by the city of two million people, its culture and architecture. “It’s very beautiful, and there is singing and dancing in the streets at night. It is a very affectionate culture. I felt a free spirit when I was there.”

McNeel was intrigued by what people eat in Cuba. “Our agriculture industry is very excited about Cuba because they eat a lot of rice. There is a lot of opportunity for Arkansas rice producers.”

She said the commonalities of language education and agriculture point to a positive relationship between Arkansas and Cuba. McNeel plans to pursue a career in agricultural policy.