Part of the Mulerider Family 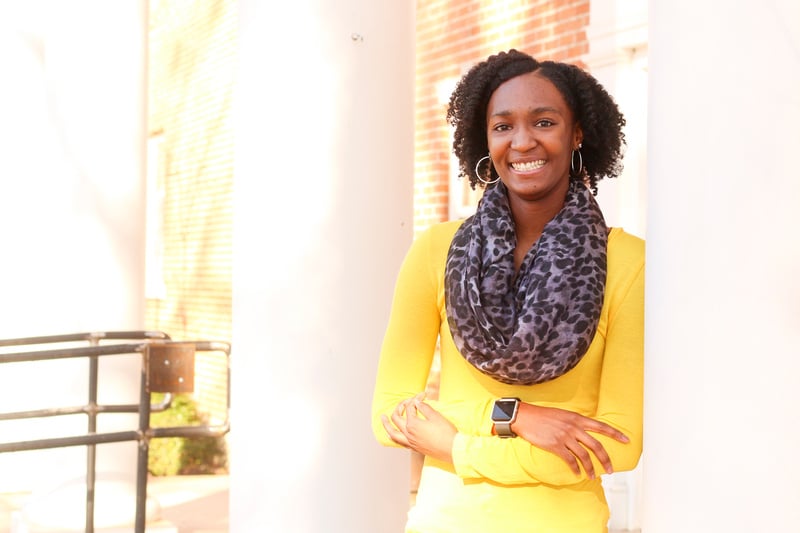 Angel Evans, a graduate of Southern Arkansas University, is working toward earning her Master of Occupational Therapy degree from Texas Tech University in Lubbock, Texas. Evans, of Morrilton, Arkansas, graduated from SAU in May 2017 with a major in Psychology and a minor in Exercise Science.

“The program at Texas Tech has been challenging, but a wonderful experience,” Evans said. “When I got accepted into the program, it was the greatest feeling in the world,” Evans said. “Just hearing that all my hard work over the years had paid off was amazing.” Evans said even though she has learned so much in the program already, she continues to work hard and appreciate the program because “this is only the beginning of where I am going.”

After obtaining her master’s degree, she plans to work in either pediatrics or in mental health. “After I’ve worked for a few years, I would love to go back to get my doctorate in Occupational Therapy,” she said.

She said she first learned of SAU when she spoke to a recruiter at her high school on College Day. “The very next day, I called to set up a tour date,” she said. “When I first arrived at the school, I fell in love, it was so beautiful.”

The University was the perfect size and had a hometown feel. A student athlete and member of Beta, Science and Spanish clubs, Evans graduated Morrilton High School with honors, but calls her decision to become a Mulerider “the best of my life.”

“My experience at SAU was amazing,” Evans said. “I made great friends, and I also came out of my shell. I wasn’t afraid to just be myself.”

Evans took care in selecting the right degree plan to prepare her for occupational therapy school. “I got into the habit of making the Dean’s List each semester, but I wanted to push myself and make the President’s List, which I achieved a couple of times.”

Evans praised her professors at SAU. “They really care about the students and want them to succeed,” she said. “You could go to any of them and talk to them if you needed help with anything.”

Her minor in Exercise Science has also been useful in that Occupational Therapy School focuses on the psycho-social side as well as the physical, she said.

Highlights of her academic career at SAU include being a member of the Heritage Singers, Genesis Ministry Choir, Student Activities Board, and President’s Ambassadors. “Becoming a President’s Ambassador was probably the greatest thing that happened to me at SAU,” she said. “I was beyond excited. I will forever be grateful to SAU for providing me with that opportunity.”

What surprised her most was the feeling of family that permeates the University. “Everyone just really seems to care for one another,” she said. “I would definitely recommend SAU to others. I still brag about the school while attending Texas Tech.”