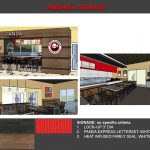 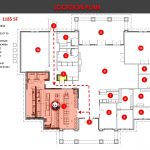 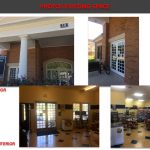 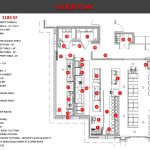 A new national chain restaurant at Southern Arkansas University is expected to thrive and be a popular eatery for the campus and the community.

Panda Express Chinese Kitchen, a “fast casual Chinese restaurant,” is in the clubhouse of the University Village apartment complex on the east end of campus. There were many hurdles to overcome in bringing Panda to SAU, but the administration was fueled by student polling that indicated a preference for on-campus Asian dining.

“SAU is excited to bring something to our campus, not only for our students but for the community,” Dr. Trey Berry, president of SAU, said. “We think this new addition will bring variety to our food services, but also a national chain to Magnolia.”

“This new dining option has many benefits, from relieving the pressure on our Blue and Gold Cafeteria in the Reynolds Center to offering more options,” said Dr. Donna Allen, vice president for student affairs. “Also, the clubhouse is a nice facility and has been underutilized. We replaced the convenience store there, which was not viable, with what we know will be a popular dining option.”

Verbeiren said he hopes the restaurant will operate six days a week, 12 months a year. The restaurant area will seat more than 20 guests, and there will be overflow seating available in the clubhouse. A portion of the clubhouse has been renovated for the incoming restaurant. Food Service Renovations, based in Morrow, Georgia, was in charge of the project.

The addition of Panda is also adding up to 20 new jobs to the area, adding to SAU Aramark’s current total of 125 employees. New Panda staff members receive four weeks of training, and management staff up to five weeks.

Verbeiren said the restaurant will be “consistent in quality and hospitality” with other on-campus offerings such as Chick-fil-A and Subway. Similar to getting Panda, SAU administration had many challenges to overcome in acquiring the Chick-fil-A franchise in 2012. Yet, the restaurant in the Bruce Center at SAU has exceeded national averages in sales, according to Verbeiren, and has expanded annually to add new items such as breakfast and shakes. The cafeteria also expanded this fall to accommodate SAU’s growing enrollment and added a Mongolian Grill, which has also proven to be popular with the students.