Tennis Coming Back – Greg Owen Tabbed to be head coach 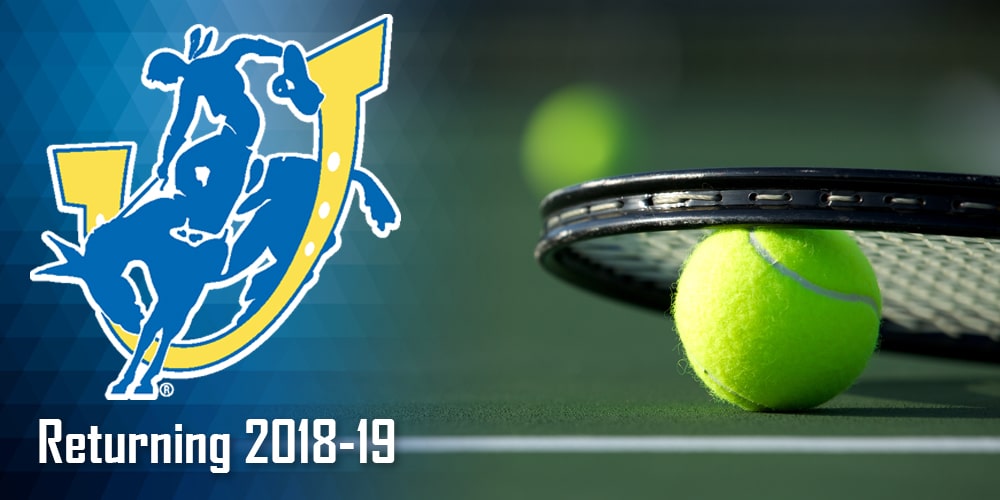 This past November it was announced that both the men’s and women’s tennis programs at Southern Arkansas University were going to make a comeback and resume competition beginning in the fall of 2018. The announcement made by SAU President Dr. Trey Berry and Director of Athletics Steve Browning echoed a growing sentiment among current SAU students and alumni.

“Bringing back the tennis program at SAU has been part of our planning for some time now,” notes Dr. Berry. “We listened carefully to the SAU student body, alumni, and staff members who have voiced their desire to renew tennis as a varsity sport on campus. During the next few months, we will be engaged in renovating our tennis facilities in preparation for our new teams. We look forward to the great opportunities these programs will afford our students and our campus.”

“We are committed to elevating the overall success of Mulerider Athletics, and bringing back our tennis programs is a continued effort toward that relentless goal,” adds Browning. “It is exciting to be able to revive another sport that has had a storied history on our campus, and we are eager to add to that history as well.”

A month after the announcement of tennis’ return to SAU, Greg Owen was tabbed to be the head coach of both programs and is actively recruiting throughout the spring semester to fill out rosters for the anticipated first-serve in fall 2018.

“We are at a very critical time in the history of our men’s and women’s tennis programs, and hiring a coach like Greg Owen, with the proven track record of high-level recruiting and success on the court, is a perfect fit for where we want our programs to go,” said Browning.

Owen comes to SAU from Seward County Community College (Liberal, Kansas) where he coached the previous two years. In his time at Seward, Owen guided both his men’s and women’s teams to new heights, posting Top-10 finishes each year at the National Junior College Athletic Association (NJCAA) National Tournaments.

Across both programs, Owen posted a 64-22 (.744) record and won three NJCAA Region VI Tournaments with two coming on the men’s side. Additionally, he coached a National Championship doubles team on the men’s side, and had three players overall be named as All-Americans.

“I would like to thank everyone at SAU for the opportunity to be the coach to revitalize the men’s and women’s tennis programs. My family and I are very excited about this new venture,” says Owen. “SAU has a great athletic department that I am fortunate to now be a part of, and I know this is the beginning of something very special. I look forward to getting to work immediately.”

SAU tennis accounts for 15 conference championships and more than 100 all-conference players between the men’s and women’s programs. Last competing in the 1992-93 season, the men’s program was a dominant fixture atop the Arkansas Intercollegiate Conference (AIC) in the 1980s with seven conference titles in that decade alone. Additionally, the men’s tennis program captured consecutive District 17 crowns in 1988 and 1989.

On the women’s side, a majority of the success occurred over a 10-year period beginning in the late 1960s. During that time, the women’s program was a perennial contender in the Arkansas Women’s Intercollegiate Sports Association (AWISA) with a team championship in 1968 and a runner-up finish in 1973. Additionally, the program saw a singles championship in 1973 and doubles titles in 1969 and 1973. SAU last fielded a women’s tennis program in 2011-12.