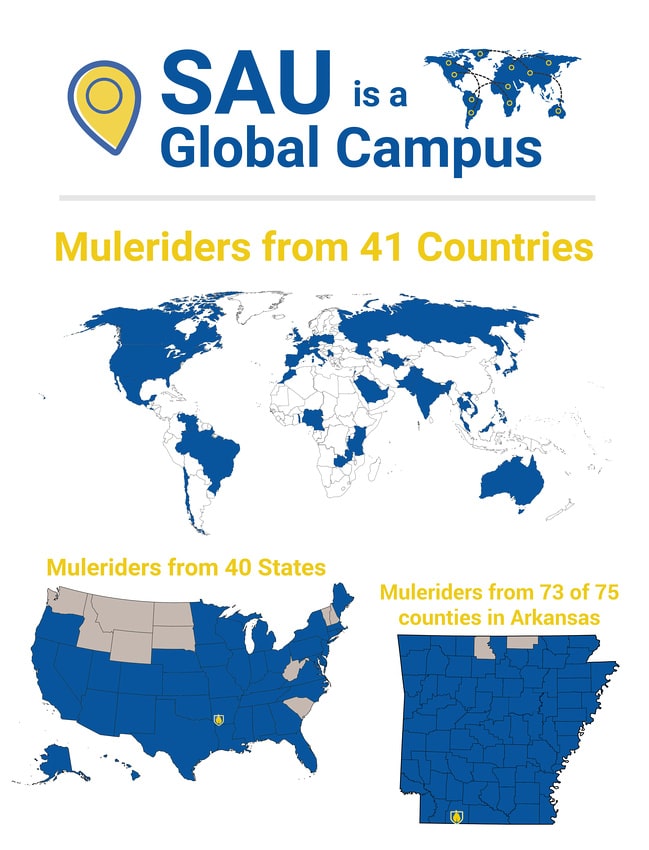 SAU continues to grow its academic reputation on a global scale as this year the University is home to not only students from 73 of 75 counties in Arkansas, but also from 40 states and 41 countries around the world.

SAU has long been known as a global campus, but has expanded its reach into several more countries. Nhut An Tran, a freshman computer science major, comes to SAU from Vietnam. He learned about SAU through a Facebook group that shared information about scholarship opportunities abroad. “Since my family can only afford so much on tuition, food and accommodations, SAU was the most viable option,” Tran said. He has joined SAU’s Math and Chess Clubs and enjoys the atmosphere of Magnolia. 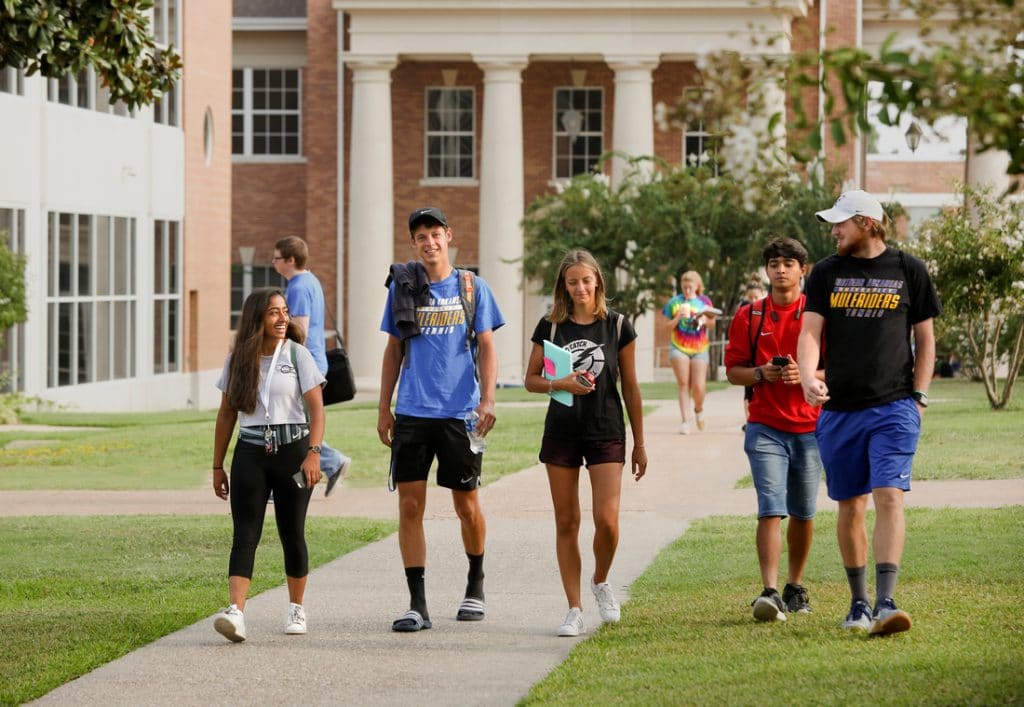 Temitope Aramide Moshood, a freshman Biology/Pre-nursing major from Ikorodu, Nigeria, first heard about SAU from a family friend who graduated two years ago. The atmosphere of the University appeals to Moshood because she came here wanting a change in her environment. “I come from a large city, but it feels like home here,” she said. “It’s so quiet and I have more time to myself.” She appreciates having students from other countries and cultures at SAU. “In my residence hall, there are students from eight other countries, including England, Portugal and Brazil. We are all learning from each other,” she said. 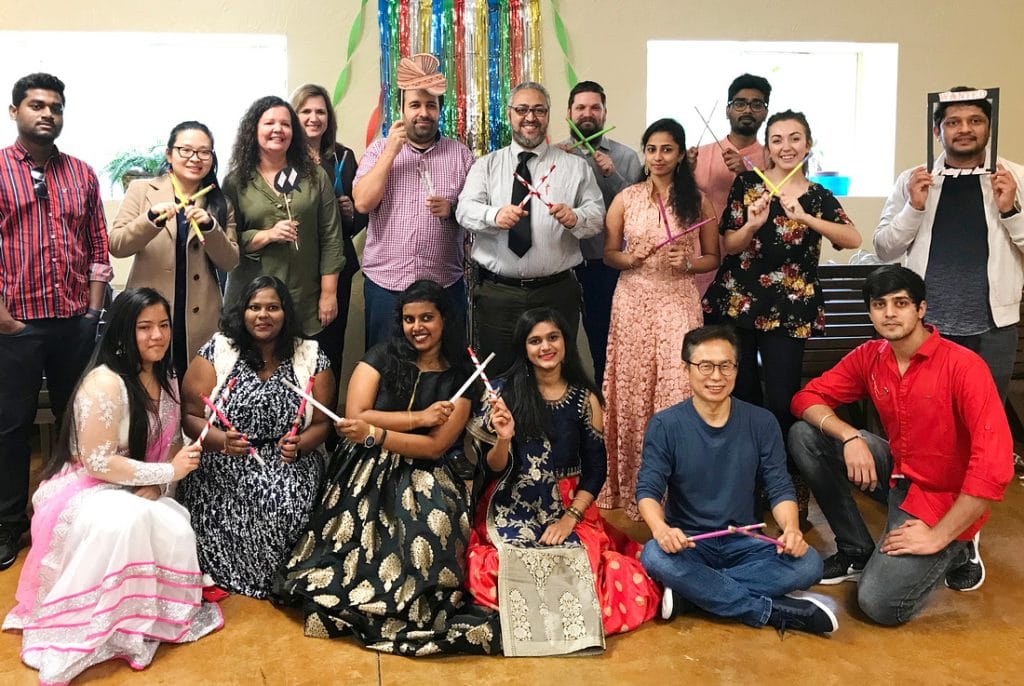 Serena Gill, a Business Administration major from Wolverhampton, United Kingdom, is a member of the new women’s tennis team. A lifelong resident of the UK, Gill was approached by Coach Greg Owen about SAU tennis. She now calls SAU her home away from home. “It’s one big family. I couldn’t ask for better teammates or classmates.”

Part of the mission of SAU is to prepare students for the global job market. “Helping them build connections and friendships across the globe is a big part of accomplishing that mission,” Berry said.

SAU is making a more concerted effort to recruit students from around the world, both with traditional as well as unique and cutting-edge methods. Members of SAU’s International Office have made trips overseas, visiting high schools and making contacts in a dozen countries. They are also engaging in virtual recruiting fairs and are developing student exchange programs, particularly with England and Spain.