The William C. Nolan Legislative Endowment makes it possible for Southern Arkansas University students to obtain firsthand knowledge of the political and legislative processes in Washington, D.C. It provides internships with the U.S. Congress for students from SAU’s Department of History, Political Science and Geography. 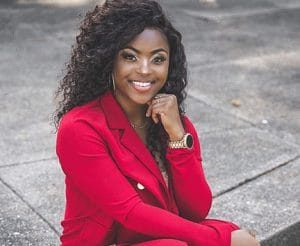 “Interning on Capital Hill was an invaluable experience,” Davis said. “As a first-generation college graduate, I would not have been afforded the opportunity to participate without the scholarship.”

Burkham, who was the program’s first recipient, interned with Rep. Rick Crawford from the First Congressional District. He was excited for the chance to work with Crawford’s staff and experience life in the nation’s capital.

“D.C. is expensive, and the Nolan Endowment helped me pursue a goal and a dream,” Burkham said. “I am thankful to Dr. Nolan, the SAU Foundation and to all who contribute to this fund.”

Davis was able to work side-by-side with legislative assistants to strengthen her research and communication skills. “I made personal contact with constituents from all over the Fourth Congressional District, represented by Congressman Bruce Westerman, and help further their interest in policy.”

She was exposed to “the heart of politics” and given the chance to network by appearing alongside Congressman Westerman at caucuses. “My experience was close and personal, one that I will carry with me for my lifetime.”

David said that she is forever indebted to the program. “I’d like to express my sincere gratitude for the devotion to paving a successful political path for myself and other political science/history majors,” she said. Through the Nolan Endowment, SAU has demonstrated its commitment to the careers of past, present and future interns. 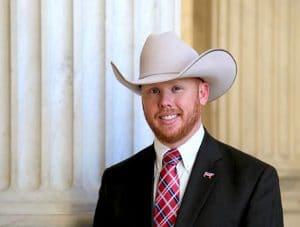 The Nolan Endowment was started by Mr. William C. Nolan more than 20 years ago. A U.S. Air Force veteran of the Second World War and the Korean War, Professor Nolan taught political science at Southern State College and SAU for 25 years, beginning in 1962. He also served as the chairman of the social science division. He held degrees from Western New Mexico University and the University of New Mexico, with additional graduate work at New York University and the University of Mississippi. He retired from SAU in 1987

“The endowment is one of the most important programs in our department,” said Dr. Paul Babbitt, associate professor of political science. “It provides financial support for students who have earned prestigious internships with members of Congress, helping to pay for travel and housing while in Washington, D.C.”

“It’s a fantastic opportunity for our students to witness and participate in the political process on the national level,” said Dr. Helmut Langerbein, dean of the College of Liberal and Performing Arts.