If words could summarize the passion Barney Hugh Reeves feels toward Southern Arkansas University, those words might be faith, family, and friends. “I believe in those things as God intended,” said Mr. Reeves. For him, establishing a legacy of support for the Mulerider spirit has been one way of exemplifying that belief.

Magnolia native Reeves used his time as a student at Southern State College in the 1950s as a springboard for careers in industry, politics, and law enforcement. Graduating from Magnolia High School in 1954, he studied Industrial Engineering at SSC before moving to California for a job. But prior to his studies at the college, his mother attended the Third District Agricultural School in 1919, and his wife’s mother received an LPN degree at Southern State. Two of Mr. Reeves’ sons graduated from
SAU, another son attended summer school at SAU to supplement his university studies before heading to law school. And one daughter-in-law graduated from SAU with a teaching degree. His brother and sister attended, and two of his grandchildren are alumni, with a third grandchild attending SAU before attending culinary school, and a fourth grandchild for a semester before becoming a US Marine. His granddaughter recently received a master’s degree from SAU, and a host of his nieces and nephews have called SAU home. 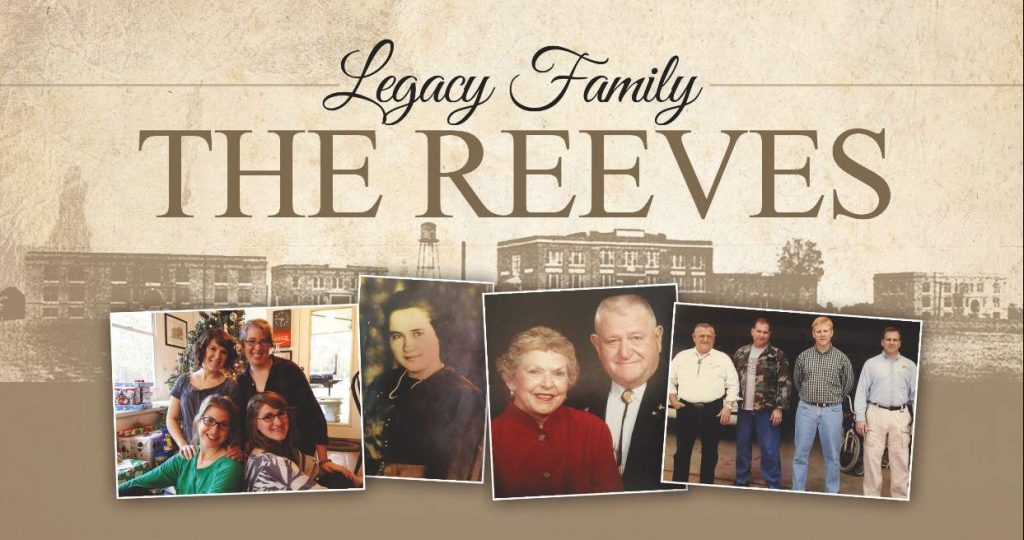 Reeves, who turns 85 in July, amassed 70 hours at SSC before accepting an industrial job in California. He returned to Arkansas in 1976 and started his own Magnolia business, Reeves Aluminum, which he owned and operated for several years. “The Good Lord kept taking care of me,” he said.

Reeves indulged his love of politics by assisting with several local campaigns and serving as a justice of the peace before becoming Columbia County judge, an office he held for six years. “Our judge was retiring,” he explained, “and I decided I would run. I wanted to help our county.”

In addition to serving as county judge, Reeves was an active civic volunteer. A member of First Baptist Church, he was a Little League and Boys’ Club volunteer and member of the Dorcheat Community Rural Water Board. He also served as an International Jaycee Senator and an auxiliary deputy sheriff. In January 1995, he was named
director of the Alcoholic Beverage Control Enforcement Division, serving for nine years before retiring in 2004.

In 2003, the Arkansas Senate adopted a resolution commending his leadership in the City of Magnolia, Columbia County, and the State of Arkansas.

Through the years, Reeves and his family have had one other major commitment: their continued support of SAU. “About 30 people directly tied to my family have gone through SAU over the years,” he said. “We have always considered it important, both to our family and Columbia County.”

Reeves said he always stressed the importance of SAU as an economic engine. “It is one of the largest employers in our county. It definitely helped my children in their careers,” Reeves emphasized, “and it helped me. We have always been involved with SAU.” He praised the growth of the campus as well as enrollment over the years and all of the University presidents he has known. “They have been pillars of our community,” he said.

Reeves encouraged alumni giving. “It’s so important to remember SAU and to help SAU because it has given so much to all of us,” he said.