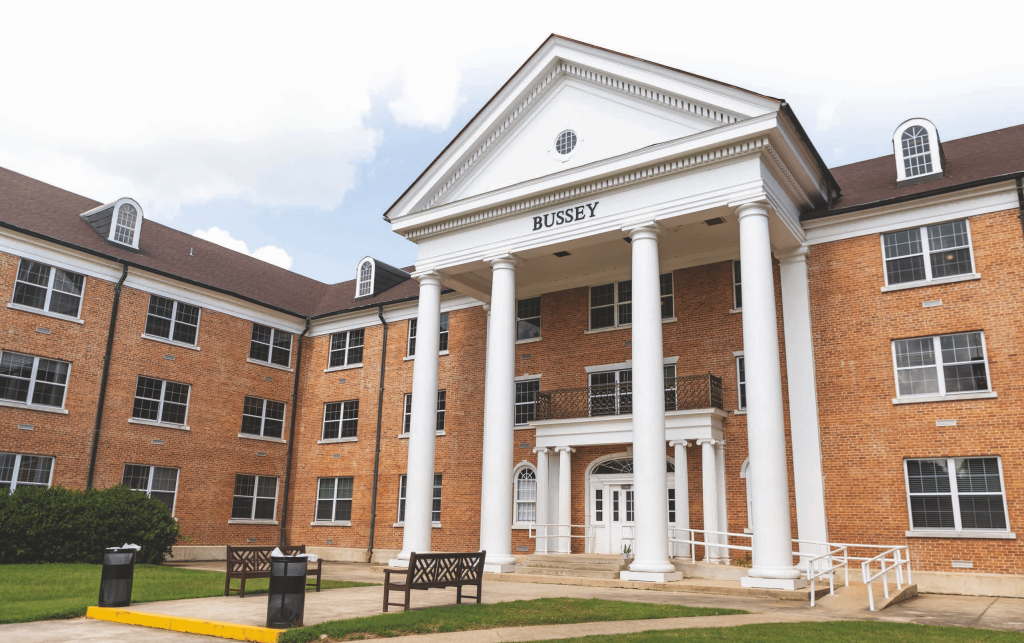 Historic Bussey Hall, one of the architectural landmarks on the SAU campus, has been restored to its former glory thanks to a generous grant from the Arkansas Natural and Cultural Resources Council (ANCRC).

The grant totaled $698,060 and is the largest the University has received to date from the ANCRC.

The restoration ensures that Bussey Hall will remain a viable residence hall for future Muleriders. The project included removing and replacing all attic insulation as well as the roof and some decking. It also included reinforcing the attic structure, installing new sinks, vanities, and cabinetry in each room, refinishing/replacing interior doors and painting the exterior.

Bussey was listed on the National Register of Historic Places in 2013.

Dr. Trey Berry, president of SAU, thanked the ANCRC for its generosity. “We have a strong partnership, and I am so thankful for the Council’s recognition of the value of this project,” he said. “Restoring this historic building is a testament to what the ANCRC is all about. We are proud to be partners with the Council.”

“The improvements allowed from this grant will return Bussey Hall to the elegant state she once was,” said Dr. Donna Allen, vice president for student affairs. “We are very grateful to have been given this opportunity for our students.” 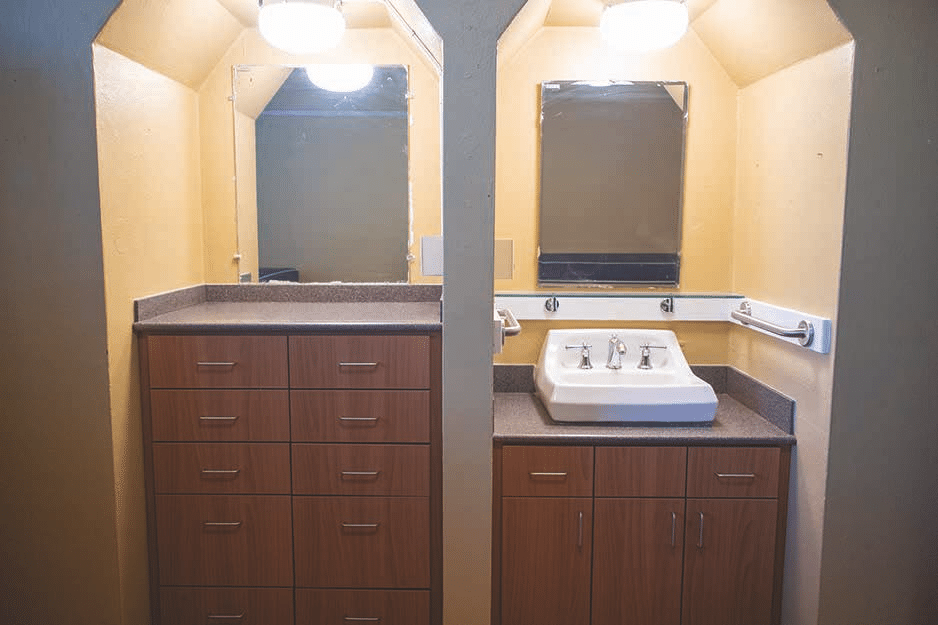 The ANCRC has made a profound impact on the campus through grants totaling over $2 million to fund projects such as the restoration of Oliver Recital Hall, the Greek Theatre, Overstreet Hall, the Alexander-Warnock and Ozmer HistoricFarmstead and Learning Center, and now Bussey Hall,” said Josh Kee, vice president for advancement. “We are extremely grateful for the generosity of ANCRC to our University, our region, and our state.”

The magnificent 43,569 square-foot women’s residence hall opened on Lane Drive in the spring of 1951 and was named for Jesse and Carol Bussey (1913-1956), longtime dining hall directors. From its opening until today, Bussey Hall has been a home away from home for female students at SAU. It offers spacious residential rooms, a computer lab, small cooking areas, a laundry room, and a lobby area on the first floor.

Bussey Hall houses the Living Learning Communities of Health and Fitness, Studiers Unite, and several female athletic teams. It is part of a Historic District that includes Dolph Camp and Peace Halls. All three were constructed between 1949 and 1957 and have been noted as well-preserved examples of academic Colonial Revival architecture. All three structures are listed on the National Register of Historic Places.