A Campaign for the Southern Arkansas University Band 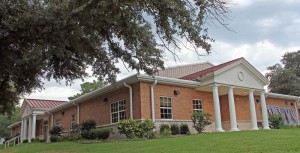 SAU has launched a campaign to ensure the renowned SAU Band program continues to grow and march proudly well into the future.

The goal for the campaign is to raise $200,000 for an endowment to benefit the band. Once complete, the endowment will produce annual income for the continual updating of instrumentation, travel opportunities for various ensembles, and other needs of the band.

The SAU Band serves as a strong recruiting tool for SAU, and continued enhancements and improved facilities will provide fantastic recruiting tools to continue to attract talented musicians to the University.

“Currently we have commitments of more than $103,000 toward this endowment,” said the SAU Foundation. “Through this campaign, the University hopes also to name its new facility in memory of the University’s first band director, Richard Oliver. While serving as band director for over 20 years, Mr. Oliver trained skilled musicians and provided the University and the community with outstanding performances.”

According to the Foundation, there are other naming options still available in the 14,377 square-foot band rehearsal facility that opened in 2008. Naming opportunities include a rehearsal hall, teaching studios, or practice studios within the band facility. Naming opportunities range from $10,000 to $50,000, and can be funded over a three-year period.

SAU’s dedicated band members, such as Josh King, freshman music education student from Lorena, Texas, use the facility to perfect their skills. King is known to have a rigorous practice schedule, which is evident by those who have seen or heard music from the SAU percussion ensemble or drumline. 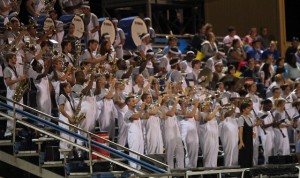 The band program would not be where it is today without the assistance of private giving. By supporting the campaign to name the Band Hall and dedicate rooms inside the facility, donors are ensuring the band’s continued growth and success for the future.

Considered by many as the “father” of the SAU Band program, Oliver established the esteemed program during his tenure as Band Director from 1948 to 1971. Since the early days when Oliver was at the helm of the program, the SAU band has experienced significant growth. Today, the band consists of approximately 120 students per year, up from only 72 students in 2000.