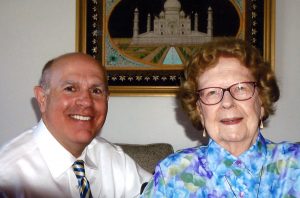 Read what the Class of 1965, our new Golden Muleriders have been/are doing:

Gerald Ray Atkins spent three years in the Marine Corps from 1957-1960. He also taught at Stamps High School for 15 years and worked as a safety coordinator for Entergy before retiring in 2000.

William E. Baker, Jr. went straight into the Navy for 22 years after graduating from Southern State College and has lived in various places. He then worked for FedEx until retirement.

Patsy Thomas Beckham has worked in several towns and school districts including El Dorado, Texarkana, and Hope. She also has enjoyed doing volunteer work with several organizations, teaching Bible School, writing a cookbook, and hobbies such as crocheting, knitting, and collecting dishes, cookbooks, and hats. She is now enjoying spending time with her grandson and great grandmother.

Carolyn L. Bruce ’65  enjoys hunting, fishing, camping, and spending time with family and friends. She moved to Florida 50 years ago, and still loves the sand and sea. She is glad she taught young children for 39 years when it was fun and exciting to learn. She is now retired and enjoying traveling as much as possible. Her favorite trip so far was an African safari.

Martha Callahan is currently enjoying cruises and traveling since her retirement from teaching.

Barbara Packard Cathey worked for the University of Arkansas Industrial Research Center until she married Donald Cathey in 1972. She and her husband have owned several businesses until they retired in 2003 and moved to Mt. Ida. She is now a member of Extension Homemakers in Montgomery County. She is also a member of Joplin United Methodist Church, where she is on several church committees. She enjoys her hobbies of golfing, fishing, knitting, traveling, and gardening.

Donald Edward Cathey went into the Army after college and has owned many businesses until retirement in 2003. His hobbies are fishing, hunting, golfing at times, and raising a vegetable garden in summer and spring.

David Gibbs Clark has worked for Aeronautical Charts and Information Services. He enjoys golfing as a hobby and owns a vegetable garden.

Shirey Ann Coleman married after graduation. She and her husband have two grown children and five grandchildren.

Patsey Farley traveled with her husband a lot and worked as a teacher. Since her retirement, she belongs to a quilting club, helps with fundraisers and charity events, and takes care of her grandchildren.

Lewellyn Hendrix was a college administrator and taught sociology for 31 years. In his spare time, he played the banjo.

Jewel Anne Wreyford Hughes married a professional baseball pitcher, Dick Hughes, who played for the St. Louis Cardinals. She has lived in numerous places, including Puerto Rico. She was able to ride on JFK’s yacht with other Cardinal wives in 1967. After touring the country, she returned to Stephens to teach high school English for 25 years.

Dave Johnson spent seven years in the U.S. Army with one tour in Vietnam. He worked for Sealand Services for 28 years and retired in 2003. He often takes road trips across the country and is very involved in his church and golf.

Donna Johnson enjoys traveling, attending church, taking photos, and gardening. She and her husband have been married for 50 years. She got to spend ten days in Alaska and drove 9,000 miles coast to coast.

Dorothy Ann Keene (DeMoss) and her husband are very involved in 4-H. She was inducted into the 4-H National Hall of Fame in 2010. She was one of the eight people in Louisiana to receive the BCBS Angel award for volunteering.

Doelas Landes has had a variety of occupations over the years. He is currently involved in prison ministry. He has worked at many universities all over the country. He always represents his Muleriders wherever he can.

Brenda M. Lowe enjoyed raising her son and working as a high school counselor. Since retirement, she has done a lot of traveling.

Linda Samuel Martindale has lived all over Arkansas and once in Louisiana. She was very active in the community and involved in many clubs.

Wanda Maureen Miller has published four books and three developmental reading textbooks for college students. She taught English for 40 years in Arkansas and California. She now enjoys playing tennis and is currently editing an autobiographical novel about growing up on an Arkansas farm.

Barbara Morse spent a summer in Europe and has lived in many different places. She traveled with her sister and went to art shows and museums.

Janie Miller Naylor taught and was a principal for 42 years at Pulaski County Special School District. She is retired and enjoys spending time with her grandchildren.

Marjorie Dianne Allen Nuckolls has sponsored an SAU basketball player from the women’s team for two years. She has enjoyed arts and crafts since retirement from teaching for 22 years and being a nurse for 20 years.

Donald Privett traveled all over the world while working for Chevron Oil Company. After retirement, he has been a pastor for 37 years and has built churches all over the world, including Central America, Asia, and South America.

Jerry Pyle ran a bed and breakfast in Anchorage, Alaska, for two summers and has lived in Haines, Alaska, for the past seven years.

Beverly Sue Ross has been a teacher for 36 years and traveled to Europe.

Dr. Bobbie Iris Shimizu told us that the most amazing thing in her past 50 years is she got a job!

Billie Rita Treece Franklin has a daughter and has three grandchildren. She taught English and social studies for 33 years before retirement.

Teresa Gunnels Triplet has lived in several places since graduation and had several jobs, including Mayor of McNeil. She now enjoys bowling and swimming.

C. Roland Walters is enjoying retirement with his children and grandchildren. He says he has had great jobs over the years.

Charles Olson Walthall was a World War II navigator as First Lieutenant, spending one night in Russia and seven nights in England. He enjoyed military service, except for the being shot at part.

Horace “Buddy” Hight was presented with the 2015 Sherriff Obie Sims Officer of the Year Award by the Lafayette County Sherriff’s Office.

Jeffrey L. Jester ‘84, a Magnolia native, is Southern Arkansas University’s new Chief of Police. On October 20, a meet-and-greet with Jester was held in the Reynolds Center, and the SAU community was able to attend and to meet the new Chief of Police. He has a family that is near and dear to his heart, including his wife, Marcia, a son and a daughter-in-law, and a young grandson, Hays.

April Freeman ’97 is the Assistant Administrator at Town and Country Health and Rehab.

Rosaland Dennis ’04 is now working as a Court Administrator for the Dallas County Courts.

Courtney Dyer ’05 has been promoted to Director of Marketing at Priefert Manufacturing, Inc.

Josh Hayes ’04 is currently employed at Wilkerson & Associates where he is a Business Analyst.

Crystal (Brumley) Putnam ’03 is now the Vice President for Business Development at Collective Bias in Rogers, Arkansas. Collective Bias is the only shopper social media company reimagining shopper marketing through organic social content. Based in Bentonville with satellite offices in New York City, Chicago, Minneapolis, San Francisco, Cincinnati, and London, Collective Bias was named one of Forbes’ “Most Promising Companies” three years in a row and listed in the Inc. 5000.

Kimberly Roberts ’04 received her Doctor of Philosophy (Ph.D.) in Microbiology and Immunology in 2013 from the University of Texas Medical Branch in Galveston. She is currently a Life Science Specialist.

Leslie Sharp ‘02 was recently promoted by Peoples Bank to Loan Officer. According to Mary Fowler, president and CEO:

“Leslie has distinguished herself during her relatively short career with us by rapidly progressing through our loan officer qualification process,” Fowler said. “She has the skill and judgment to efficiently serve our loan customers, and the personality to make it an enjoyable experience! We are pleased to recognize her abilities with this promotion.”

Sharp joined Peoples Bank in February 2009, and has six years of banking experience including work as a teller and a loan assistant. She is a native of Magnolia, a graduate of Magnolia High School, and earned a bachelor’s degree in accounting from SAU. She is actively involved in Relay for Life, the Magnolia Blossom Festival where she has served as treasurer, and has completed the Leadership Magnolia program. She is a member of the First United Methodist Church where she serves as Assistant Youth Director. 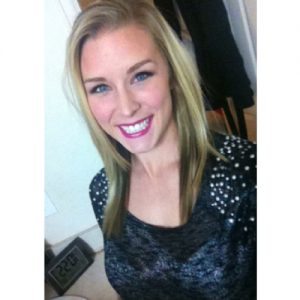 Taylor Clifton ’14 is a retail banker for Woodforest National Bank in Longview, Texas. Previously, Taylor worked for the Texas Department of Family and protective Services. Taylor was a member of the Lady Mulerider Softball team when the Lady Muleriders were GAC Conference Champions in 2014.

Megan (Maye) McCurdy ’14 has been promoted to position of Assistant Director of Development – Major Gifts in the SAU Office of Development. In this position, Megan will serve as a frontline fundraiser for the University focusing her time on developing institutional relationships with an assigned portfolio of alumni and friends through identification, cultivation, solicitation, and stewardship. She was previously the Director of the Story Arena.

Jimmy Purdon ’14 is the Pharmacy Manager for Fountain Park Healthcare in Houston.

Shawana Reed ’03, ’12 has been promoted to Vice President for Finance at SAU. SAU President Dr. Trey Berry described Shawana as a person of integrity, honesty and great professionalism. She previously served as the University Controller.

Colin Terry ’15 is the Associate Applications Developer at AT&T in Dallas.

Jimmy “Red” Parker, former head coach for Southern Arkansas University, retired after 62 years of coaching. Coach Parker coached at SAU in 1981 and compiled a 7-3 record. He passed away on January 4, 2016.